After more than a decade of consistent catipulation at the last moment, yesterday the 'chokers' reached out for an oxygen cylinder and banged it on their opponent's head. The Aussies, after being caught resting on their fat asses (one could not blame them, after scoring a mammoth 434 in 50 overs), were left with egg on thier faces. 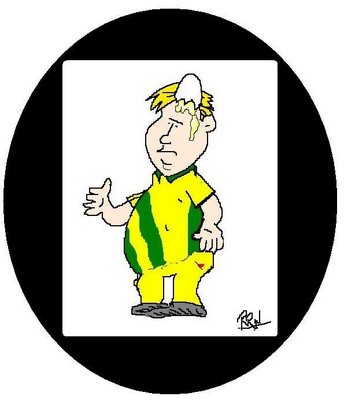 Now, I was never a big fan of the South African team - they'd throw it all away, and then moan and groan about how Lady Luck always forsook them. Well, that's the way the cookie crumbles, mate (as the Aussies would say).

But yesterday, the SA team made an emphatic statement. That they were not willing to roll over and play dead any longer. It's high time I guess. I dunno if you can keep this up (most probably the Aussies will hammer your asses to the wall during the Test matches), but I sure hope you can !!

the ball cleanly, for a change. It's been a long 8 years for this half-century, mate. 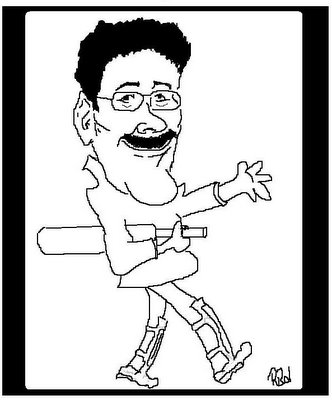 Now, he is what I call a fighter - exemplifies the never-say-die attitude that I wish every other member of the team had. Kudos to you, Kumble-ji. 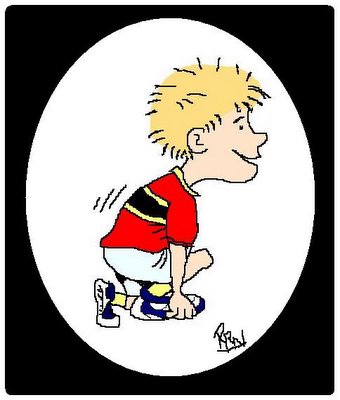 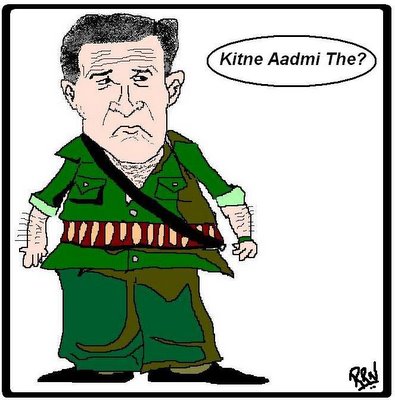 There's a saying in Malayalam: 'pottan dushtande phalam cheyyum'. Roughly translated, it means that an imbecile can inflict the same amount of damage an evil person can (pottan=idiot/imbecile, dushtan=evil person, phalam=result/effect). I'd say that recent events have proved this one right, definitely. Anyway, I always knew that our proverb-makers knew what they were taking about !!

With all the protests and stuff, with slogans hailing Bush to be the worst villain to hit India since Gabbar Singh, Bush's visit to India should be interesting, to say the least. 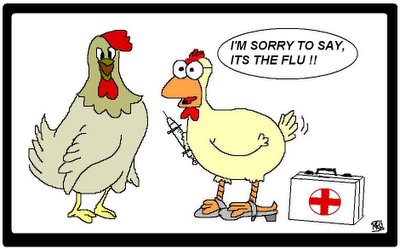 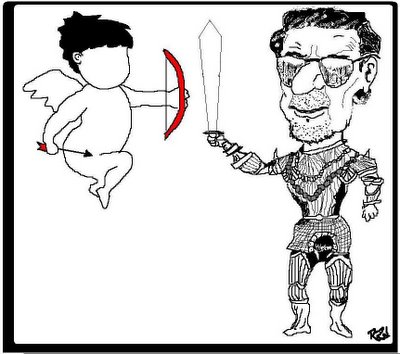 Its that time of the year again. Apparently, mistletoe brings out the worst in the saffron brigade - burning cards, destructing public property and harassing lovelorn couples (I have a particular sympathy toward them!).

Well, this year there is a new twist. Apparently one half of the split-at-the-umbilical-cord Shiv-Sena supports the celebration of Valentines Day, and is gung-ho about it - even giving tips, for chrissakes! Wonders will never cease. What will we have next - Bal Thakeray preaching Hindu-Muslim bhai-bhai ? 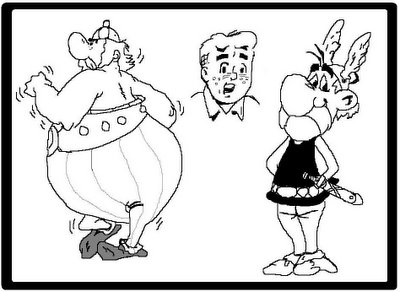 What relation, you might wonder. Plenty - for instance, two of the most popular movies of recent times - Lagaan and Kuch Kuch Hota Hai were inspired by the Asterix series and the Archie series respectively.

I Admit to Being

27 years, and growing. In NY for almost 2 years now. Severely outspoken and opinionated. Cheerful and having occasional moments of sheer genius. Highly individualitic. A decent cook.

Me in Flesh and Blood

This is a Flickr badge showing public photos from ranjit_rnair. Make your own badge here.